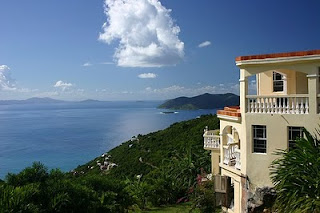 Even Bloggers need some rest. Come back to this page on or after July 12th.
Posted by Unknown at 5:25 AM 3 comments

"It hinders the creative work of the mind if the intellect examines too closely the ideas as they pour in."
Friedrich Schiller (1759-1805)
Posted by Unknown at 5:21 AM 1 comments

"Old people love to give good advice; it compensates them for their inability to set a bad example."
Duc de La Rochefoucauld (1613-1680)
Posted by Unknown at 4:48 AM 2 comments

"Every man is a damn fool at least five minutes every day; wisdom consists of not exceeding the limit."
Elbert Hubbard
"Every writer fails most of the time; to create something great he'd better cut away the 95 % blunder and only keep the little bit that's good."
Yours Truly
Posted by Unknown at 5:19 AM 2 comments

Musical Of The Year!

They might not have known it at the time, but the cast of Memphis was going to have a lot of reasons to celebrate after the 2010 Tony Awards. But before their big win for Best Musical, the cast gathered to sing out the show's rousing number "Steal Your Rock 'n' Roll", lead by Tony nominees Chad Kimball and Montego Glover. Complete with awesome choreography and lots of belting, the performance got the energy and excitement of the musical across.
Posted by Unknown at 12:33 PM 1 comments

The other day I met a German theatre agent who was very fond of something I wrote. "I'm sure," she said, "this play could be a big audience success. Problem is the theatre principals will not produce it. Would you mind using a pseudonym?" My answer was a puzzled look. "Sorry," she said, "I don't want to hurt your feelings. But fact is, German theatre directors only consider new plays by English or French authors. If you write in German you'd better have some personal connections or a good aka." Well, I don't have connections. I hate to work on connections. But I also hate lies. "Too bad," she said.
Posted by Unknown at 5:27 AM 2 comments

Much of the concern about cellphones and instant messaging and Twitter has been focused on how children who incessantly use the technology are affected by it. But parents’ use of such technology — and its effect on their offspring — is now becoming an equal source of concern to some child-development researchers. Sherry Turkle, director of the Massachusetts Institute of Technology Initiative on Technology and Self, has been studying how parental use of technology affects children and young adults. In her studies, Dr. Turkle said, “Over and over, kids raised the same three examples of feeling hurt and not wanting to show it when their mom or dad would be on their devices instead of paying attention to them: at meals, during pickup after either school or an extracurricular activity, and during sports events.” There is little research on how parents’ constant use of technology affects children, but experts say there is no question that engaged parenting — talking and explaining things to children, and responding to their questions — remains the bedrock of early childhood learning. (From "The New York Times")
Posted by Unknown at 5:19 AM 1 comments

"My grandfather once told me that there were two kinds of people: those who do the work and those who take the credit. He told me to try to be in the first group; there was much less competition."
Indira Gandhi
Posted by Unknown at 5:24 AM 3 comments

"You can teach a student a lesson for a day; but if you can teach him to learn by curiosity, he will continue the learning process as long as he lives."
Clay P. Bedford
"Education is not the filling of a bucket, but the lighting of a fire."
W.B.Yeats
Posted by Unknown at 5:29 AM 2 comments

An Entertainer's Rule No. 1

"The easiest way to attract a crowd is to let it be known that at a given time and a given place someone is going to attempt something that in the event of failure will result in sudden death."
Harry Houdini
Posted by Unknown at 5:45 AM 1 comments 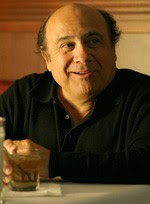 There's a great little movie scene in Throw Momma From the Train, written by Stu Silver. Billy Crystal's a writing teacher and his most annoying student is Danny DeVito. Danny invites him for dinner. Danny's living with his old mother; his father passed away when he still was a kid. The teacher hates to go. He despises Danny and so do we. Billy hopes to leave after the dinner, but Danny wants him to show his coin collection. Billy has no choice but to say yes. Up to now Danny hasn't done anything that's not irritating. We loathe that guy, and we really don't want Billy to spend more time with that moron. Danny opens his treasure box and dumps about ten coins on the floor. A couple of ratty quarters, dimes, and a nickel or two. Billy is mortified. So are we. "That's his coin collection?" we are thinking. And then, in a mindblowingly amazing turnabout, the writer makes us love Danny DeVito. He picks up a coin, shows it to Billy, and he says, "This one here, I got in change, when my dad took me to see Peter, Paul, and Mary. And this one, I got in change when I bought a hot dog at the circus. My daddy let me keep the change. He always let me keep the change." How absolutely wonderful! For the rest of the movie, Danny DeVito can do whatever he wants. We can't help loving him.
Posted by Unknown at 5:43 AM 2 comments

Mozart's music is thought to stimulate the mind. But can it also stimulate microbes? A sewage treatment plant in the German town of Treuenbrietzen, about an hour’s drive from Berlin, is trying to find out. For the last two months, the plant has been treating its biomass-eating microbes to Mozart played on a special stereo system designed to replicate the vibrations and sounds of a performance in a concert hall. The thinking is that the sonic waves of Mozart, along with oxygen added in the treatment process, will spur the microbes to break down sewage more efficiently, saving money. Or, to put it clearly: There's no shit in this world that can't be overcome by Mozart's music.
Posted by Unknown at 4:52 AM 2 comments

Carole King, now 68, has been a formidable presence on the music scene since, as a teenager, she wrote “Will You Love Me Tomorrow?” for the Shirelles in 1960 with her husband at the time, Gerry Goffin. Working primarily with Mr. Goffin, she wrote a staggering number of hits for other artists in the 1960s, including “Up on the Roof,” “(You Make Me Feel Like) A Natural Woman” and “Don’t Bring Me Down.” She was reluctant to perform, however, until James Taylor invited her to play piano in his band.  In the middle of his sets at the Troubador Club in Los Angeles, he would bring Ms. King forward to sing a few of her songs. 40 years later the two are on stage again, doing a world concert tour called "Troubadour Reunion". Well, it's not quite a reunion.  They were never formally a duo. They never fell out and never broke up. Most significantly they were never lovers. Maybe that's why Carole can still sing her song to James with conviction: "You've Got A Friend".
Posted by Unknown at 4:12 AM 1 comments

A large Gallup poll has found that by almost any measure, people get happier as they get older. People start out at age 18 feeling pretty good about themselves, and then, apparently, life begins to throw curve balls. They feel worse and worse until they hit 50. At that point, there is a sharp reversal, and people keep getting happier as they age. By the time they are 85, they are even more satisfied with themselves than they were at 18. In measuring immediate well-being — yesterday’s emotional state — the researchers found that stress declines from age 22 onward, reaching its lowest point at 85. Worry stays fairly steady until 50, then sharply drops off. Anger decreases steadily from 18 on, and sadness rises to a peak at 50, declines to 73, then rises slightly again to 85. Enjoyment and happiness have similar curves: they both decrease gradually until we hit 50, rise steadily for the next 25 years, and then decline very slightly at the end, but they never again reach the low point of our early 50s. Andrew J. Oswald, a professor of psychology at Warwick Business School in England, who has published several studies on human happiness, called the findings important and, in some ways, heartening. “It’s a very encouraging fact that we can expect to be happier in our early 80s than we were in our 20s,” he said. “And it’s not being driven predominantly by things that happen in life. It’s something very deep and quite human that seems to be driving this.”
Posted by Unknown at 5:54 AM 1 comments

Laurie Anderson and her husband, Lou Reed, have written a symphony for dogs. On Sunday the Sydney Opera House will host the debut of the 20-minute piece. It is composed of high-frequency noises that dogs can hear but that are inaudible to human ears. A concert listing advises that all dogs in attendance must be on leashes, and all humans must be attached to those leashes.
Posted by Unknown at 5:55 AM 2 comments

"Ain't no son of a bitch alive knows what's gonna be a hit."
Ray Charles
Posted by Unknown at 5:14 AM 3 comments

After having "landed" in Hollywood, the newly established screenwriter Herman J. Mankiewicz (he later wrote Citizen Kane) sent a cable from Hollywood to his friend and colleague, the playwright Ben Hecht in New York, which read: "There are millions to be grabbed out here and your only competition is idiots. Don't let this get around." Hecht went to Hollywood and created some of the greatest film scripts ever written.
Posted by Unknown at 5:00 AM 1 comments

She was Britain’s prima ballerina, an international idol of dance whose performances, with Rudolf Nureyev in particular, entranced and dazzled her audiences. But she was also a plotter alongside her Panamanian husband, seeking the support of Fidel Castro to overthrow the Panamanian government in 1959 in a conspiracy that one British official called “highly reprehensible and irresponsible” and another likened to a comic opera at sea aboard her yacht. In its broad detail, the episode has been known about for some time, but confidential British documents declassified on Friday offered new insight into the extent of Dame Margot Fonteyn’s efforts to support her husband, the lawyer, diplomat and journalist Roberto Arias, in a seaborne — and ultimately bungled — attempt to overthrow the Panamanian government with the help of 125 Cuban revolutionaries.
Posted by Unknown at 5:40 AM 1 comments 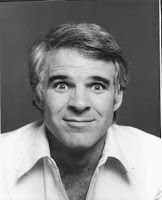 As an actor and director, Steve Martin has made some silly films. We almost forgot that the man is also an admirable playwright. Proof is his play Picasso at the Lapin Agile which I saw in 1995 in a West Side Theatre in New York. The what-if premise of that masterwork is that on one evening in Paris in 1904, the young Albert Einstein and the young Pablo Picasso turned up at the same bar — Le Lapin Agile in Montmartre — and absurdist high-jinks ensued. Lapin Agile (it means “nimble rabbit”) is short on plot, but it sets a tantalizing mood. For those of us who greeted the new millennium with a countdown to the planet’s ruin, it’s awfully pleasant to spend time with characters at the dawn of a new century who are optimistic, even entranced by the future’s grand possibilities. That doesn’t mean the subject won’t be treated irreverently. At one point, Germaine, the bartender’s lover, spouts a list of amazing things she foresees for the 20th century, concluding with the prediction: “And by the end of the century, smoking in restaurants will be banned.”
Posted by Unknown at 5:49 AM 2 comments