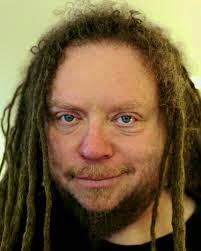 “There are at least two ways to believe in the idea of quality. You can believe there's something ineffable going on within the human mind, or you can believe we just don't understand what quality in a mind is yet, even though we might someday. Either of those opinions allows one to distinguish quantity and quality. In order to confuse quantity and quality, you have to reject both possibilities. The mere possibility of there being something ineffable about personhood is what drives many technologists to reject the notion of quality. They want to live in an airtight reality that resembles an idealized computer program, in which everything is understood and there are no fundamental mysteries. They recoil from even the hint of a potential zone of mystery or an unresolved seam in one's worldview. This desire for absolute order usually leads to tears in human affairs, so there is a historical reason to distrust it. Materialist extremists have long seemed determined to win a race with religious fanatics: Who can do the most damage to the most people?”

“Today I want to puke when I hear the word 'radical' applied so slothfully and stupidly to Islamist murderers; the most plainly reactionary people in the world.”

Let me add: Murderers are not martyrs.

The Broadway musical “The Last Ship” will close on Jan. 24 despite an unusual attempt by Sting, its composer, to try to increase ticket sales and spread word about the show by joining its cast last month. Two of the musical’s producers, Jeffrey Seller and Kathryn Schenker, shared the news in an email on Monday night to members of the production and other supporters of “The Last Ship.” “We have been bewildered and saddened by our inability to sustain an audience for this musical that we deeply love,” the producers wrote about the show, which cost $15 million to mount on Broadway and an additional $625,000 or more to run each week. “There are no easy explanations.”
The musical, a roman a clef set in a Northeast England shipyard marked for shuttering, will have played 134 performances at the Nederlander-owned Neil Simon Theatre, following a 5-week tryout last summer in Chicago. While most critics were enthusiastic about Sting’s songs and the staging by director Joe Mantello and choreographer Steven Hogget, there was less support for the somewhat lugubrious book by John Logan and Brian Yorkey.
Posted by Unknown at 10:30 PM 9 comments 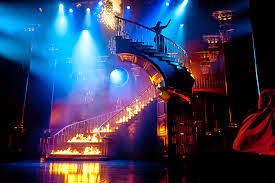