From Broadway To Havanna 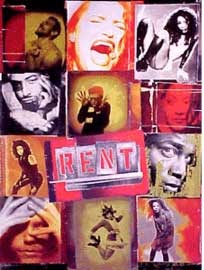 A new production of Rent opened in Havana, Cuba, on Christmas Eve. The Broadway musical is the first to open in Cuba in decades. Rent is a rock musical with music and lyrics by Jonathan Larson[1] loosely based on Giacomo Puccini's opera La Bohème. It tells the story of a group of impoverished young artists struggling to survive and create a life in New York City's East Village in the thriving days of Bohemian Alphabet City, under the shadow of HIV/AIDS. Three years ago the Cuban Ministry of Culture invited NWE (a veteran American entertainment business and prolific Broadway producer) – to "explore what was happening creatively in Havana". Nederlander responded by bringing Broadway Ambassadors – a revue of Broadway hits sung by Broadway actors – to the 14th Annual Havana Theatre Festival, and the reaction was so positive that he was encouraged to return with something more ambitious: Rent.