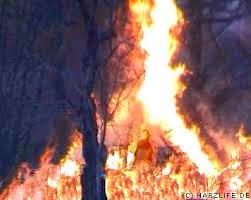 Martin Luther was condemned for heresy and excommunicated in 1521 by Pope Leo X, who had initially dismissed him as “a drunken German” and predicted he would “change his mind when sober”. Luther never intended to split Christianity but only to purge the Church of corrupt practices. Nevertheless he came very close to being burned alive.
I'm neither a protestant nor a catholic, but I think it's about time the Pope rehabilitates the courageous monk from Wittenberg.