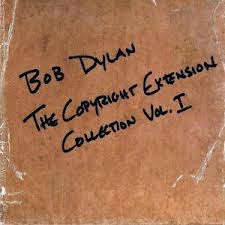 Since 2012, when the European Union passed a revised copyright law, extending the copyright on recordings from 50 years to 70 – but only if the recording was published during its first 50 years – record companies have been exploring their vaults for potentially marketable material in danger of losing its copyright protection if it is not released. That first year, Motown released a series of albums packed with outtakes by some of its major acts, and Sony released a limited-edition collection of 1962 outtakes by Bob Dylan, with the surprisingly frank title, “The Copyright Extension Collection, Vol. I.” In 2013, Sony released a second Dylan set, devoted to previously unreleased 1963 recordings. Similar recordings by the Beatles and the Beach Boys followed. For collectors, these sets are a boon, and they are becoming increasingly plentiful as the 50th anniversary of each year of the 1960s rolls around, moving deeper into the rock era. Record labels, however, have complied with the publication requirement reluctantly, releasing the sets in small quantities, or making them available only as digital downloads. This year’s trawl is starting to shape up. Sony has told European retailers that it will release a nine-LP set of 1964 recordings by Mr. Dylan, possibly as early as next week. Only 1,000 copies will be available, but if past years are any guide, collectors who obtain copies are likely to make copies available online before the year is out.