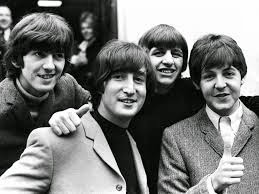 Academy Award-winning director Ron Howard and Grammy Award-winning producer Nigel Sinclair have teamed up to make a feature documentary on The Beatles. The focus will trace their days from the clubs of Liverpool, England, and Hamburg, Germany, to their final appearance at Candlestick Park in San Francisco in 1966. By the time they finished their last concert, they were an iconic band destined to become a legend. The film has been authorized by the band’s holding company, Apple Corps Ltd, and will have the full cooperation and support of surviving Beatles Paul McCartney and Ringo Starr, as well as John Lennon’s widow, Yoko Ono Lennon, and George Harrison’s widow Olivia Harrison.