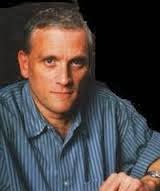 Aladdin, the new Disney musical based on the 1992 animated film, which arrives on Broadway this month, brings a great many magical things to the New Amsterdam Theatre, including a genie and a flying carpet. But the most fantastic aspect of the production may be a collection of new tunes by the legendary songwriting team of Alan Menken and Howard Ashman. This is fantastic because Ashman died more than twenty years ago. Most of the songs they wrote for the original Disney film were never used. When it became clear a few years ago that Disney wanted to bring "Aladdin" to the stage, Menken saw an opportunity to finally bring his and Ashman's old work to light. Since a few of the numbers were connected to characters who were cut from the movie, those figures, too, were brought back to life. Howard Ashman has had one of the most remarkable posthumous careers in theatre history. Since his death at the age of 40 following complications from AIDS, he has amassed four Broadway credits, three of them drawn from the Disney films he scored with Menken toward the end of his life. Beauty and the Beast came first and was the most successful to date, running on Broadway from 1994 to 2007. It was followed by The Little Mermaid in 2008 and now by Aladdin.