Dogs are the leaders of the planet. If you see two life forms, one of them's making a poop, the other one's carrying it for him, who would you assume is in charge.

It's amazing that the amount of news that happens in the world every day always just exactly fits the newspaper.

You know you're getting old when you get that one candle on the cake. It's like, "See if you can blow this out."

People who read the tabloids deserve to be lied to. 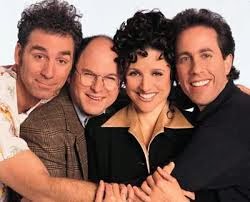 Seems to me the basic conflict between men and women, sexually, is that men are like firemen. To men, sex is an emergency, and no matter what we're doing we can be ready in two minutes. Women, on the other hand, are like fire. They're very exciting, but the conditions have to be exactly right for it to occur.

Men don't care what's on TV. They only care what else is on TV.

I will never understand why they cook on TV. I can't smell it. Can't eat it. Can't taste it. The end of the show they hold it up to the camera, "Well, here it is. You can't have any. Thanks for watching. Goodbye."

I once had a leather jacket that got ruined in the rain. Why does moisture ruin leather? Aren't cows outside a lot of the time? When it's raining, do cows go up to the farmhouse, "Let us in! We're all wearing leather! Open the door! We're going to ruin the whole outfit here!"