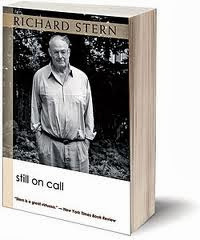 "Writers of my sort are so habitually alert to coincidence that the word itself seems inadequate. In novels in which the coincidences show up, they will usually be described and read not as haphazard coincidence but as devastating or farcical destiny. From the time of Hesiod and Sappho, Catullus and Li Po, lovers of literature as well as writers have known about and felt the interfusion of life and art. Some writers have been embarrassed to acknowledge it. Like Henry James they burn their papers; like T. S. Eliot they forbid biographies and deprecate their celebrated work as little more than lyrical grouses. If they descend from Olympian detachment, they hunt for odd excuses like the one Thomas Mann used to explain the origins of "The Magic Mountain": it's due, he wrote, to "the healthy and sympathetic attitude of the American mind toward the personal, the anecdotal and the intimately human." The intimately human is of more or less intimate interest to almost everyone, including those who despise the stoking of ego furnaces and like Michael Foucault dismiss the authority, if not the very idea, of authorship. The chief social role of writers may well be the extension, complication and enrichment of human intimacy. It is exercised through story, the oldest and most pleasurable way of organizing experience. The primacy of story wasn't first declared by Oscar Wilde or Stéphane Mallarmé, James Joyce or Marcel Proust. It's older than Genesis. Homer's "Odyssey" offers one of the most remarkable versions of it. This comes near the end of Book 8, in which King Alcinous tells the disguised Odysseus to stop weeping at the song the blind bard Demodocus is singing about him and his fellow Hellenic heroes. After all, Alcinous tells him, the gods "measured the life thread of these men so that their fate might become a poem sung for unborn generations." No wonder writers in this long tradition can sometimes feel that we've been conscripted for work that, though it may rip up a portion — or much — of our lives, is of imperative, if not uniquely redemptive, importance."