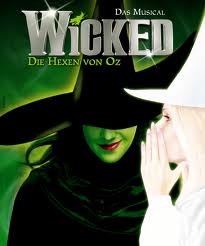 It took them a long time, but finally Hollywood studio moguls have realized how much sense it makes to invest in musicals. I was always baffled by their reluctance. In a hundred years only some ten movies crossed the one billion box office mark, while five musicals made more than two billion over the last ten years. And producing a film costs about 10 to 100 times more than producing a musical. It was Stephen Schwartz who woke Hollywood up. When he was applying for the rights for the 1995 novel Wicked, he was directed to Universal Pictures. They had optioned the rights to make it into a film. Stephen convinced them to let him do the musical first, and they were willing to invest in it. The 14 million production budget was not even 10 % of what the film would have cost. By now Wicked is the most profitable venture in the 101-year history of Universal, far more lucrative than its top-grossing movies like “Jurassic Park” and “E.T.”