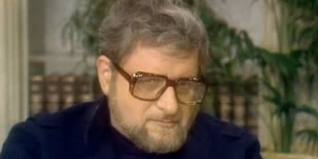 Yesterday I saw Network again. I had almost forgotten what a great movie it is, and I was surprised - or should I say shocked - how topical. 36 years ago that story about a television station using all means to get a top rating was just a clever and caustic satire. Today it resembles a documentary. I shouldn't be surprised that every scene and almost every word of that movie has stood the test of time. After all it is one of the masterworks of the great and unforgotten Paddy Chayefsky. In a powerful scene, set in a conference room of imperial décor and intimidating proportion, he presciently described today's world, letting a business mogul (Ned Beatty) lecture the newscaster Howard Beale (Peter Finch): “We no longer live in a world of nations and ideologies. The world is a college of corporations, inexorably determined by the immutable bylaws of business...There is no America. There is no democracy. There is only IBM, and ITT, and AT&T, and DuPont, Dow, Union Carbide, and Exxon. Those are the nations of the world today.”