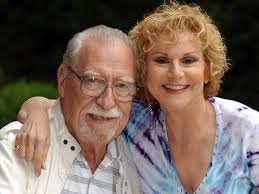 Monday morning a lamp fell from the ceiling in our bedroom. It crashed on the floor and broke into a thousand pieces. There was no obvious reason why the hook that held it for nine years had suddenly slackened. A few hours later Peggy March called from Florida and told me that her husband, my dear friend Arnie, had died. Apparently at the same time the lamp fell down. Coincidence? Arnie was the best artist manager I've ever met, a dear and encouraging friend, a wonderful human being. I will miss his succinct and constructive criticism as much as his generous and heartfelt praise. It was quite appropriate that he left with a bang. Those who knew him will never forget him.