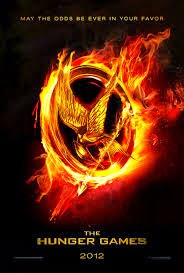 The film studio Lionsgate has announced plans for a stage version of The Hunger Games, the bestselling books that have become an equally successful franchise of films. The studio is teaming up with entertainment companies in the US and the Netherlands to create a live version of the series about a dystopian world in which teenagers are forced to fight to the death. Lionsgate, Dutch media company Imagine Nation and US-based Triangular Entertainment said on Friday that the stage version featuring “innovative and immersive staging techniques” will open in 2016 at a new venue beside Wembley Stadium in London. Producers include Robin de Levita, who created a rotating auditorium for the Dutch musical Soldier of Orange and a rotating set for the Anne Frank play Anne. Mockingjay – Part I, the third film based on the novels by Suzanne Collins, opens this month. Jennifer Lawrence returns to the lead role as the character Katniss Everdeen.