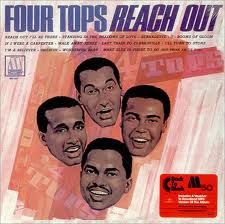 "When I first walked into the Motown offices in Detroit, it felt like I had walked into a cult. It was a club, a family. Mr Gordy was always searching for the new thing. His motto was: "Listen to the radio and hear what's going on." He'd been listening to Bob Dylan and the psychedelic soul stuff the Temptations were doing. He realized music was shifting away from straight rhythm and blues. Holland-Dozier-Holland are now regarded as legendary, but at the time they were just twentysomething boys constantly searching for something new, in the same way as the Beatles were. That's what the Tops needed, because by 1966 they were so huge, there was no way of taking them to another level commercially – only artistically. That piccolo flute intro on Reach Out, which became a transatlantic No 1, is typical of how Motown would do something unexpected. But it was a team effort, like all their hits. Levi was the greatest singer in any group. I say that as someone who also managed the Temptations – and Otis Williams [Temptations singer] agrees. Mr Gordy was the genius at the top of the pyramid. He had an uncanny ability to spot hits."