The Spirit Of Charles Fourier 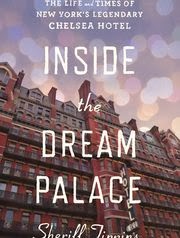 One of the best parts of Sherill Tippins' book on the Chelsea Hotel is a section about the building’s 1880s start as an association modeled on Charles Fourier’s utopian principles. Fourier believed that there were twelve common passions which resulted in 810 types of character, so the ideal phalanx would have exactly 1620 people. These communities, or “phalanxes,” were thought capable of creating a system of “perfect harmony” that would be “the next stage in human evolution.” Tippins argues that the Chelsea, when functioning at its best, was effectively that: a revolutionary social experiment through which residents found “strength through diversity,” implying that Fourier's ideas lived on in the spirit of the Chelsea Hotel.