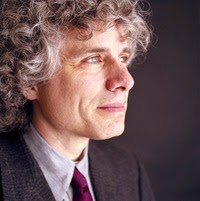 “Why give a robot an order to obey orders—why aren't the original orders enough? Why command a robot not to do harm—wouldn't it be easier never to command it to do harm in the first place? Does the universe contain a mysterious force pulling entities toward malevolence, so that a positronic brain must be programmed to withstand it? Do intelligent beings inevitably develop an attitude problem? (…) Now that computers really have become smarter and more powerful, the anxiety has waned. Today's ubiquitous, networked computers have an unprecedented ability to do mischief should they ever go to the bad. But the only mayhem comes from unpredictable chaos or from human malice in the form of viruses. We no longer worry about electronic serial killers or subversive silicon cabals because we are beginning to appreciate that malevolence—like vision, motor coordination, and common sense—does not come free with computation but has to be programmed in. (…) Aggression, like every other part of human behavior we take for granted, is a challenging engineering problem!”

Steven Pinker (How the Mind Works)

Steven Arthur Pinker is a prominent Canadian-American experimental psychologist, cognitive scientist, and author of popular science. Pinker is known for his wide-ranging advocacy of evolutionary psychology and the computational theory of mind. He conducts research on language and cognition, writes for publications such as the New York Times, Time, and The New Republic, and is the author of seven books, including The Language Instinct, How the Mind Works, Words and Rules, The Blank Slate, and most recently, The Stuff of Thought: Language as a Window into Human Nature