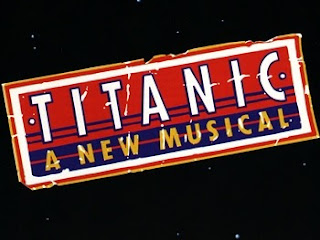 The Titanic is afloat again! A concert perfor-mance of Maury Yeston and Peter Stone’s 1997 Tony-winning musical Titanic will play at Avery Fisher Hall in Lincoln Center for one-night-only on February 17, 2014. As part of Manhattan Concert Productions' Broadway Series, the show follows in the footsteps of this year’s concert version of Ragtime.  Titanic will feature over one hundred singers from around the country, led by a Broadway ensemble and the New York City Chamber Orchestra. Broadway vet David Loud will lead the group as musical supervisor. Casting for the production has not yet been announced.  Based on the infamous nautical disaster of 1912, the musical retells the story of the doomed ocean liner with a score that includes songs like “The Largest Floating Object in the World,” “I Must Get On That Ship” and “Goodspeed Titanic.” Titanic was christened on Broadway on April 23, 1997 and went on to win five Tony Awards, including Best Musical, Best Book and Best Score. Its only run on the European continent was in Hamburg/Germany where it did not meet the producer's expectations.