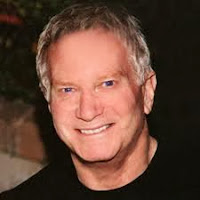 Sad news. Last Sunday Syd Field, one of my revered teachers, passed away. He was often called the original guru of screenwriting. It is less known that he also inspired a lot of my drama musical dramaturgy. Syd was 77. He wrote eight best-selling books on screenwriting over the course of his career, including Screenplay, published in 1979, which is considered the screenwriter’s bible. He was the first writer to outline the three-act script paradigm followed not only by many TV and film writers today, but also by contemporary librettists like myself.
Born Dec. 19, 1935 in Hollywood, Field received a B.A. in English Literature from the University of California, Berkeley. He spent much of his career writing for the orignal Biography TV Series and worked as a script consultant for 20th Century Fox, Disney, Universal and Tri-Star Pictures. He was inducted into the Final Draft Hall of Fame in 2006 and was the first inductee into the Screenwriting Hall of Fame of the American Screenwriting Association.
Posted by Unknown at 5:30 AM